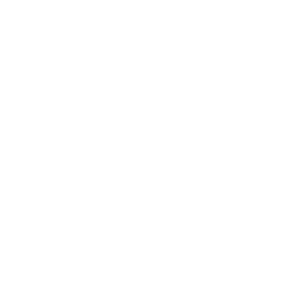 The Mastercard Foundation, an independent foundation based in Toronto, with over $10B assets, contacted Making Things Work to review a classic SharePoint Online portal with performance and adoption issues.

Making Things Work gathered performance data from all classic pages using a proprietary performance tool creating reports and prioritizing fixes. With some pages taking over 30 seconds to load, we had enough data to force Microsoft to launch an investigation into tenant performance. SharePoint classic branding and heavy use of the Content By Query web part were identified as being problematic. But this isn’t the end of the story…

Having usage data & functional hierarchy to guide us, Making Things Work created a future architecture including dedicated SharePoint site collections & Microsoft Teams. Additionally MCF wanted to eliminate their file shares moving documents 100% to Microsoft 365. This future architecture would enable MCF to grow their Microsoft 365 investment for many years. Then the fun started….

ShareGate was used to jailbreak data from the classic single silo’d classic SharePoint site collection & file share. MTW automated the migration of almost 1TB Program & Partner data from on-premises file-shares leveraging a Windows Service, ShareGate + Powershell, a SharePoint Team Site with a custom list and Power Automate. As a result Business Analysts were able to request file share metadata exports by setting a status in SharePoint.  Moments later they received a notification to begin bulk tagging documents in Excel. When tagging was completed, a project status column was updated and the migration was immediately executed behind the scenes to populate the SharePoint Online site. All exceptions were reported to the developer team for investigation & resolution – however minimal developer intervention was required.

After making all the Microsoft recommended changes performance continued to suffer. As a result, modern SharePoint site collections were not performing. To resolve this all MTW team members reported performance failures multiple times a day – every time they were encountered. Fiddler traces were continuously attached to the support ticket. Overwhelming the Microsoft support team with quantifiable data was a key part of escalation & resolution. Ultimately, another tenant on the data center was identified as abusing policies resulting in performance issues for all tenants – they were removed, and performance improved dramatically. The moral of the story: we are on a shared Infrastructure, we can do everything right, but we are limited by the actions of those we share with. To solve problems like this, we need transparency with the Microsoft Support teams & we need data.

Performance issues were eliminated via overwhelming reporting of issues using quantifiable data. On-premises file shares were migrated and on-premises servers decommissioned. Over 120 collaboration sites were created feeding COMPASS (Intranet) with up to date relevant content in just under one year. The foundation is now managing all documents in the cloud & looking forward to using more Microsoft 365 tools in the future.

Would you like to schedule some time to talk with one of the most well trusted JavaScript/TypeScript Consultants in Toronto?